Omeed Momeni (S’04-M’12-SM’18) received the B.Sc. degree from Isfahan University of Technology, Isfahan, Iran, the M.S. degree from University of Southern California, Los Angeles, CA, and the Ph.D. degree from Cornell University, Ithaca, NY, all in Electrical Engineering, in 2002, 2006, and 2011, respectively.

He joined the faculty of Electrical and Computer Engineering Department at University of California, Davis in 2011 and is currently an Associate Professor. He was a visiting professor in Electrical Engineering and Computer Science Department at University of California, Irvine from 2011 to 2012. From 2004 to 2006, he was with the National Aeronautics and Space Administration (NASA), Jet Propulsion Laboratory (JPL) as a RFIC designer. His research interests include mm-wave and terahertz integrated circuits and systems.

Prof. Momeni serves as a Distinguished Lecturer for Solid-State Circuits Society (SSCS) since 2020, and a Technical Program Committee member of International Microwave Symposium (IMS) since 2017 and Radio Frequency Integrated Circuits (RFIC) Symposium since 2018. He has also served as an Associate Editor of Transactions on Microwave Theory and Techniques (TMTT) in 2018-19, an organizing committee member of IEEE International Workshop on Design Automation for Analog and Mixed-Signal Circuits in 2013, and the chair of the IEEE Ithaca GOLD section in 2008-11. Prof. Momeni is the recipient of National Science Foundation CAREER award in 2015, the Professor of the Year 2014 by IEEE at UC Davis, the Best Ph.D. Thesis Award from the Cornell ECE Department in 2011, the Outstanding Graduate Award from Association of Professors and Scholars of Iranian Heritage (APSIH) in 2011, the Best Student Paper Award at the IEEE Workshop on Microwave Passive Circuits and Filters in 2010, the Cornell University Jacob’s fellowship in 2007 and the NASA-JPL fellowship in 2003.

Hadi Bameri received his B.Sc. and M.Sc. degrees in electrical engineering from Shahid Bahonar University of Kerman, Kerman, Iran, in 2008 and 2010, respectively. He is currently working toward the Ph.D. degree at University of California, Davis. His research interests include mm-wave and terahertz integrated circuits with emphasis on Power Amplifiers.

Hao Wang received B.S. of Communication Engineering from Harbin Institute of Technology (China) in 2011, and M.S. of Electrical Engineering from Columbia University in 2013. Before joining the group, he was with Silicon Laboratories, designing best-performance PLL-based clock products, where he was awarded “Silicon Labs Superhero”; and then with FunfulTech as Director of Engineering & Chief IC Designer, developing IoT-focused MEMS & CMOS IC products.

Hao Wang joined the group in 2016 as PhD student researching Millimeter-wave and Terahertz Integrated Circuit Design. He is a recipient of UC Davis Graduate Fellowship. 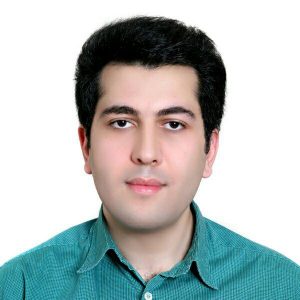 Hamidreza Afzal received the B.Sc. degree in electrical engineering from K.N.Toosi University of Technology , Tehran, Iran, and the M.S. degree in electrical engineering from Sharif University of Technology, Tehran, Iran, in 2015 and 2017 respectively. He is currently working toward the Ph.D. degree at the University of California, Davis. His research interests include RF and mm-wave integrated circuits. Mr. Afzal is the recipient of U.C. Davis Graduate Fellowship award in 2017.

Cheng Li received B. Eng. degree in microelectronics from Sun Yat-Sen University, Guangzhou, China, in 2014, and M.Sc. degree in electrical and computer engineering from University of Macau, Macau, China, in 2018. Before joining the group, he was a research assistant at the State Key Laboratory of Analog and Mixed-Signal VLSI, University of Macau, from 2014 to 2018. He is currently pursuing the Ph.D. degree at University of California, Davis, where his current research interest is RF and Millimeter-wave integrated circuits design.

Sahand Malaki Received the B.S.c degree from Sharif University of Technology, Tehran, Iran in 2018. He is currently pursuing the Ph.D. degree at University of California, Davis. His research interests include millimeter-wave and terahertz integrated circuits design. 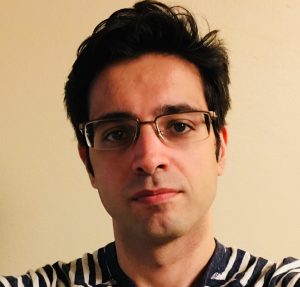 Dr. Jalili was a recipient of the IEEE Solid-State Circuits Society (SSCS) Predoctoral Achievement Award in 2019, the 2018 IEEE Microwave Theory and Techniques Society (MTT-S) Graduate Fellowship Award, the 2020 University of California at Davis’s Allen G. Marr Prize Distinguished Dissertation Award and the 2019 Electrical and Computer Engineering (ECE) Department’s Anil Jain Memorial Prize for Best Ph.D. Student Dissertation, the 2018–2019 Richard and Joy Dorf Graduate Student Award, the University of California at Davis Graduate Fellowship Award in 2013, and the 2018–2019 Summer Graduate Student Researcher (GSR) Award. He has served as a Reviewer for multiple technical journals, including the IEEE Journal of Solid-State Circuits, the IEEE Transactions on Microwave Theory and Techniques, the IEEE Transactions on Circuits and Systems—I, and the IEEE Transactions on Terahertz Science and Technology. 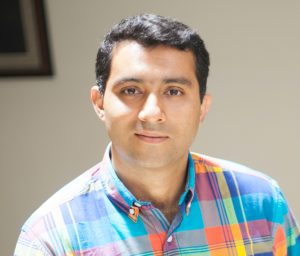