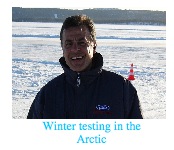 He has over 30 years of industrial experience of which 17 years are in the automotive domain. He worked for companies such as Honeywell and ABB Impell in the energy conservation field in the United States, with an emphasis on building simulation, energy forecasting and HVAC (Heating Ventilation and Air Conditioning) design and controls.

Following his career in the United States, Francis joined a number of prestigious automotive industries in Europe to lead pioneered projects, in the automotive engineering field, for the subsequent 12 years. His experience in the automotive domain consists of working four years in the Peugeot-Citroen research center in France, as a senior research engineer, in the area of X-by-wire systems (new control concepts for active suspension, Anti-lock Braking System) and Fuel Cell vehicle development, and three years in the Ford Research Lab in Germany, as a control system technical expert, in the areas of Active chassis and Driveline systems. He has led and carried out a considerable number of innovative and successful industrial projects that have received a lot of attention in the leading automotive industry. He has received several prestigious awards for his innovative work including the 2008 Ford Technical Achievement Award.

Prof. Assadian joined Jaguar-Land Rover (UK) in 2004 as a technical expert on assignment from Ford for the development of active limited differential, which is currently in production on Jaguar XFR and XKR. Soon after this assignment, Prof. Assadian joined the SMG (Sustainability and Mobility Group) in Jaguar-Land Rover where he established the Hybrid Powertrain Control and Simulation Group; he was responsible for the modeling and control developments and optimization of the first Land Rover Hybrid Electric Prototype Vehicle, and, as a manager of the hybrid powertrain control group, he has delivered a considerable number of projects over the period from 2006 to 2009.

In addition to his academic activities, including an associate editor of a number of journals such as Journal of Control Engineering Practice, he has coauthored over 80 journals and esteemed international conference publications, book chapters, and four patents. He joined the Automotive Engineering Department, Cranfield University, in September of 2009. He has established and directed the Automotive Mechatronics Center towards leading innovative research to assist in accelerating the introduction of current and future automotive green energy technologies and products to market place. Prof. Assadian served as a Head of the Department of Automotive Engineering.

Prof. Assadian joined the Department of Mechanical and Aerospace Engineering at the University of California, Davis, in July of 2014. Currently, he is affiliated with the Hyundai Center of Excellence in Vehicle Dynamics and Controls where he is pursuing his research in vehicle dynamics and active chassis development.  He is a registered Professional Engineer in the State of California and a Fellow of IMECHE. 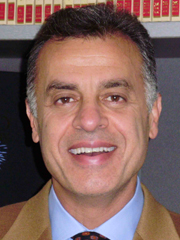