SeaSCAPE was a large scale study at the SIO wave channel facility during which we probed the processes that control the emission of particles and gases from the ocean and how these are transformed by atmospheric oxidation. Over the course of a month and half, this CAICE study involved nearly 90 people from academic institutions from across the country, including UC Davis.

Photo of the SIO wave channel, surrounded by instrumentation and illuminated by lights to induce a phytoplankton bloom

The fifth installment of the Black Carbon laboratory experiments, with Boston College and Aerodyne Research.

During the MadFACTS study, we partnered with the Bertram lab (UW Madison) and the Tivanski Lab (Univ. Iowa) to characterize how the mixing of surfactants with salt, as sea spray mimics, impacts their cloud formation efficiency.

Biomass burning (aka forest fires) are a major source of particles and gases to the atmosphere. Given the diversity of fuels (e.g. different tree types) and burn conditions, full understanding of the properties of biomass burning-derived particles, and especially the impacts of atmospheric processing, is difficult. The 2016 FIREX study at the USDA Missoula Fire Sciences Laboratory focused on refining our understanding of emissions and short timescale processing. In collaboration with the Kroll group (MIT), we deployed a novel “miniChamber” to investigate how photochemical aging alters the properties of biomass burning-derived particles. 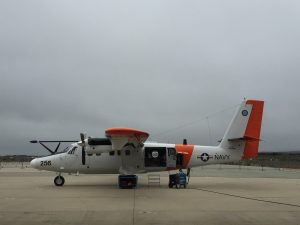 In our first aircraft-based deployment, we flew a single particle soot photometer on the CIRPAS Twin Otter in collaboration with the Seinfeld group (Caltech) to characterize vertical profiles of particulate matter at key locations throughout the San Joaquin Valley in summer. Simultaneously, the NASA ER2 flew overhead with next-generation remote sensing instrumentation for future satellite deployment. This work will help NASA to validate the retrievals from their remote sensing methods.

The environmental chamber at the Pacific Northwest National Laboratory (PNNL) was used to investigate how reaction conditions influence the formation and properties of secondary organic aerosol from biogenic precursors during the SOA Formation from Forest Emissions Experiment (SOAFFEE). 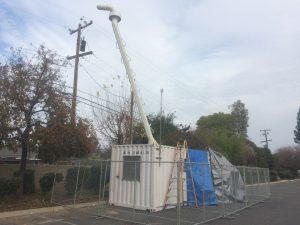 The UCSD Sampling Van in Fresno

We deployed a suite of instruments for the measurement of aerosol optical, physical and chemical properties to wintertime Fresno, CA and summertime Fontana, CA to quantify the concentration and characterize the properties of brown carbon in the atmosphere. In partnership with the Russell group (UCSD), Aerodyne Research, Inc., University of Toronto and others.

In a collaboration with the Nizkorodov group at UCI and the Bertram group at UW-Madison, we investigated the relationship between secondary organic aerosol particle composition and optical properties, and how they are influenced by ammonia exposure.

The summertime Southern Organic Aerosol Study (SOAS) took place in 2013, with major ground sites at Look Rock, TN and Centreville, AL. We made measurements of aerosol optical properties and hygroscopicity at the Look Rock site. Beyond traditional direct sampling of the atmosphere, we also deployed a unique reactor to examine how ammonia uptake influences light absorption, hygroscopicity and volatility, and how changes in these properties are connected to particle composition.

During January 2013, the DISCOVER-AQ series of studies came to the San Joaquin Valley of California. Both ground and aircraft measurements were made throughout the SJV to characterize the wintertime haze in the region. The Cappa Group deployed a variety of instrumentation to the Fresno “supersite.”

Measurements of the composition and optical properties of particles in and around London were made during the 2012 ClearFlo study. The Cappa Group partnered with Los Alamos National Lab and others to interpret observations of the influence of “coatings” on the light absorption by ambient black carbon containing particles.

Real-time measurements of emissions from light-duty vehicles were made at the Haagen-Smit Vehicle Test Facility in El Monte, CA to understand and characterize the partitioning behavior of freshly emitted exhaust particles.

Cares was a DOE sponsored field project that took place during June 2010 in the Sacramento area. There were two ground sites, one at American River College in Sacramento and one in Cool, CA. A G1 aircraft is also being deployed. The Cappa group made measurements of aerosol optical properties at the “T0” site at ARC. 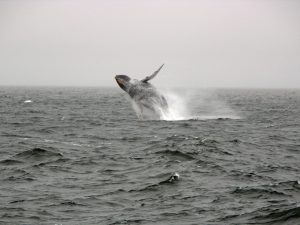 The 2010 CalNex field campaign took place during May-June 2010 throughout California. CalNex involved shipboard, ground-based and aircraft measurements. The Cappa group deployed our newly built Cavity Ringdown and Photoacoustic Spectrometer onboard the R/V Atlantis to measure aerosol light extinction and absorption. A focus of their analysis will be on how aging of particles modifies their optical properties. The Cappa Group will further investigate emissions of black carbon from shipping activities. This work was supported by NOAA and U.S. EPA.

The BC2 study took place at Boston College in 2008, focusing on charactering the properties of black carbon particles and the influence of “coatings” light absorption. BC2 was a collaborative study involving teams from UC Davis, Boston College, Aerodyne Research, NOAA, DOE, MIT, University of Hawaii, University of Alberta, University of Toronto, Los Alamos National Lab, University of Illinois, and Michigan Tech. 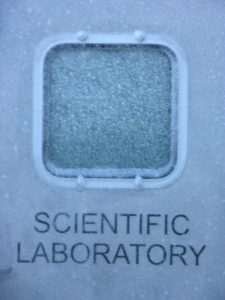 During March and April of 2008 a research cruise to the Arctic, the “International ChemistryExperiment in the Arctic Lower Troposphere,” or ICEALOT) was undertaken on the R/V Knorr in order to characterize the levels and nature of the particles that make up the “Arctic Haze.” As part of ICEALOT, the Cappa Group made direct measurements of the light absorption and extinction by the Arctic aerosol using photoacoustic spectroscopy and cavity ringdown spectroscopy, respectively. This work was supported by NOAA. 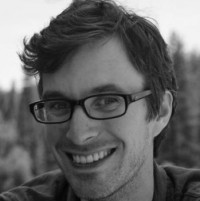