Over the years, Chancellor became an expert on agriculture, energy and farming methods around the world. He recognized the inherent problem of modernized agriculture, which had become necessary to feed the world’s population, but which had abandoned the near-organic, generally sustainable methods of centuries past.

His career’s work was recognized in 2004, when he received the John Deere Gold Medal from the American Society of Agricultural Engineers, for his outstanding contributions as a researcher, educator and extender of agricultural engineering knowledge. The following year, he was elected to the National Academy of Engineering, for contributions to the understanding of — and engineering innovations for — agricultural technology in the United States and developing countries. 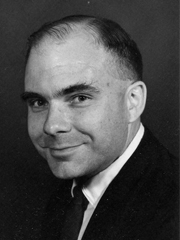