Transport of Water and Solutes Across the Walls of Capillary Blood Vessels:
To investigate the modulation of the permeability of small blood vessels and to determine the physical and chemical nature of transcapillary pathways for water soluble materials, Professor Curry’s team has developed methods to measure the permeability properties of the walls of individual microvessels (15-40 microns in diameter) in living tissue, using microperfusion techniques. In the same vessels, they have adapted imaging techniques to measure the ionic composition of the endothelial cell cytoplasm, using fluorescent probes. Techniques are now being developed to introduce small peptides into endothelial cells of intact microvessels. These studies link investigations of mechanisms which regulate vascular permeability at the cellular and molecular level with investigations of the functional properties of intact microvessels in vivo.

Membrane Transport Through Endothelial Intercellular Cleft Containing a Fiber Matrix:
To understand the relation between the flux of water and solutes across the walls of capillary microvessels and the ultrastructure of the endothelial cells and the junctions between these cells, a combined biophysical, bio-engineering, ultrastructural and microperfusion approach has been developed. A detailed threedimensional hydrodynamic model of water and solute flows through the cleft between adjacent cells containing a fiber matrix is being tested using individually perfused microvessels of known permeability. Experimental conditions are designed so that the three-dimensional distribution of electron dense tracers within the cleft between the cells is investigated under carefully controlled experimental conditions. This approach has recently led to new descriptions of the osmotic flows across the microvessel wall due to differences in macromolecular concentration between blood and tissue.

Models of Chronic Inflammation:
Professor Curry’s group has extended the approach to cannulate and perfuse individual microvessels to investigate chronic inflammatory states. They are testing the hypothesis that endothelial cells undergo a change in phenotype in response to injury. To do this, they compare the regulation of the permeability properties of individually perfused mammalian microvessels more that 24 hours after exposure to injury, with the regulatory mechanisms after acute exposure to inflammatory conditions investigated using the approach in project 1 above. They are also investigating the hypothesis that the response of monolayers of endothelial cells in culture to inflammatory conditions is more characteristic of endothelial cells in microvessels 24 hours after injury than the acute response in uninjured vessels. 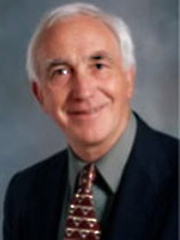