He is the author, co-author, or co-editor of over 425 publications. He has given invited presentations at premier conferences, universities and research laboratories worldwide, He was a member of the editorial board of the IEEE Transactions on Visualization and Computer Graphics from 1999 until 2003, and served as a papers co-chair and proceedings co-editor for the IEEE Visualization conferences in 1999 and 2000. In addition, he has served as a co-editor of books focusing on basic visualization science and the application of state-of-the-art visualization methods in diverse application areas. Springer-Verlag has published several books co-edited by Bernd Hamann in its Mathematics and Visualization series. 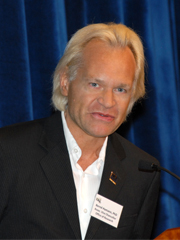