The goal of this project is to develop nano-engineered smart tarmacs (NEST) that can nondestructively detect the severity and location of airport pavement damage. While the long-term goal is to implement smart tarmacs in nationwide civilian and military airport pavements and runways, this three-year project will first focus on fundamental scientific research and experimental validation of this new technology. Specifically, NEST will measure deformation and damage directly and will identify (in near-real-time and wirelessly) the location and size of surface and subsurface damage. NEST will eliminate the need for tedious, expensive, and inaccurate conventional methods currently being used. It is envisioned that critical portions of airport pavement or runway can be replaced with NEST for load estimation, monitoring, and damage detection.

First, this project will begin with the design and embedment of carbon nanomaterials in smart tarmac so as to enhance their electromechanical properties. Their mechanical behavior will be designed to match (or exceed) that of airport pavement but with enhancements to their piezoresistivity (or strain sensitivity). Second, distributed and 3D damage detection will be achieved by implementing an electrical impedance tomography algorithm that can reconstruct the 3D electrical conductivity distribution of the smart tarmac. Since their electrical conductivity is calibrated to strain, the output is equivalent to a 3D damage map, where localized changes in material conductivity could be correlated to localized damage. Then, a wireless sensor network will be implemented for achieving near-real-time untethered pavement monitoring. The last phase will involve system validation tests at Davis and at FAA. This technology will allow airport operators, owners, and even other Department of Transportation agencies to visualize pavement health (and damage). The data generated by smart tarmacs, particularly the surface and subsurface damage locations and severities, will be crucial for achieving reliable life-cycle airport pavement management in the future. 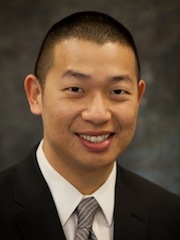