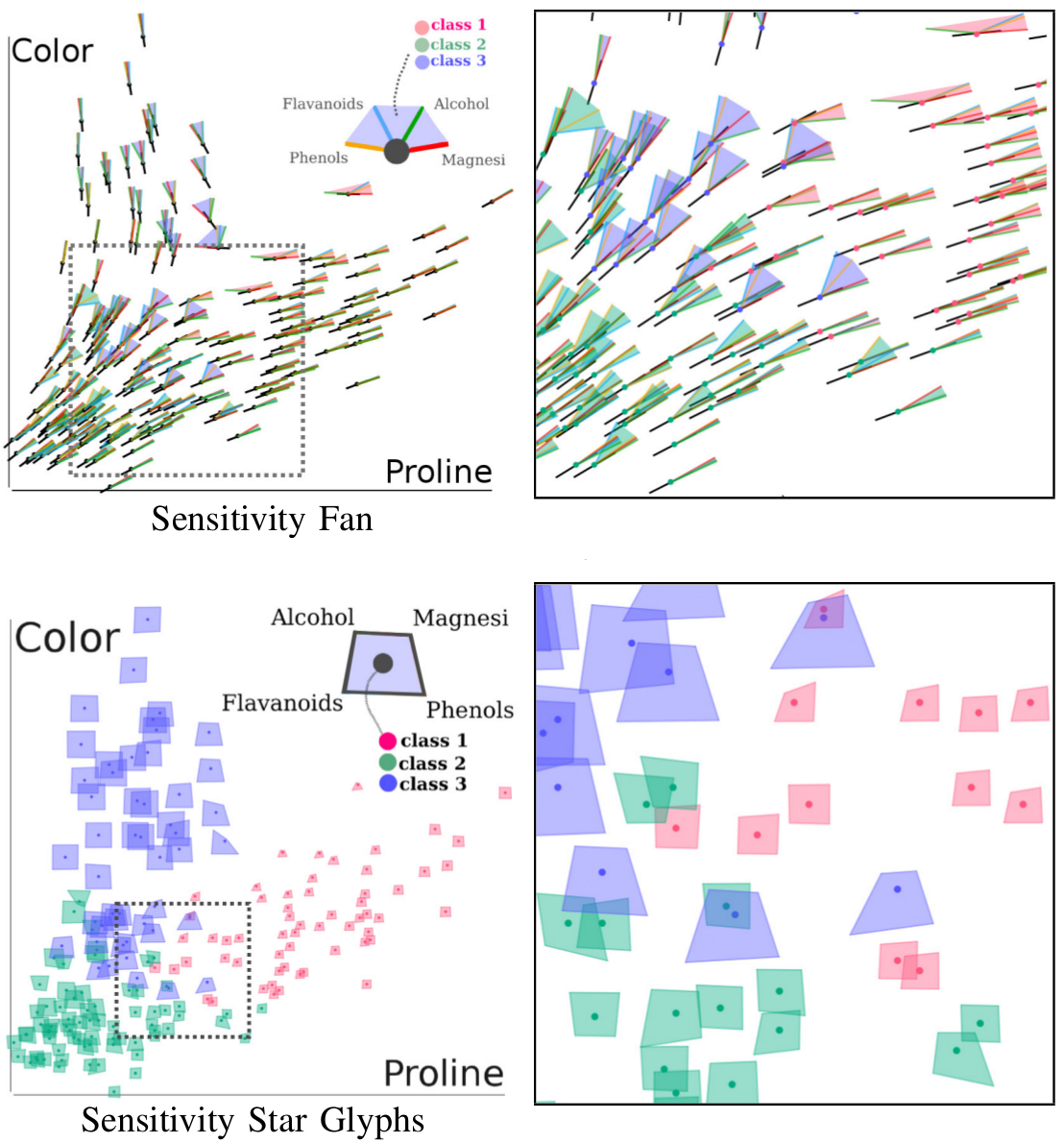 IEEE Transactions on Visualization and Computer Graphics
(Accepted for publication)
12, 2013

Scatterplots remain a powerful tool to visualize multi-dimensional data. However, accurately understanding the shape of multi-dimensional points from 2D projections remains challenging due to overlap. Consequently, there are a lot of variations on the scatterplot as a visual metaphor for this limitation. An important aspect often overlooked in scatterplots is the issue of sensitivity or local trend, which may help in identifying the type of relationship between two variables … 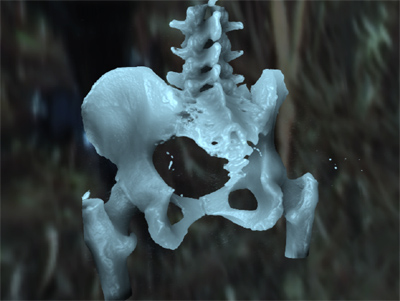 IEEE Transactions on Visualization and Computer Graphics
(Accepted for publication)
2013 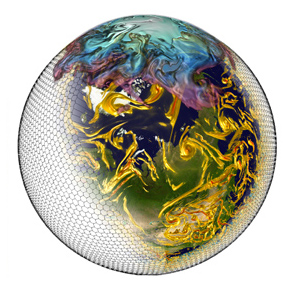 In Proceedings of EuroVis 2013
(Accepted for publication)
June, 2013

Geodesic grid is commonly used to model the surface of a sphere, and is widely applied in numerical simulations of various scientific applications ranging from biodiversity, climate, to ocean circulation. Direct volume rendering
of scalar fields defined on geodesic grids allows scientists to effectively obtain new insights and discoveries from their large scale data. Previous solutions requiring to first transform the geodesic grid into another grid structure (e. … 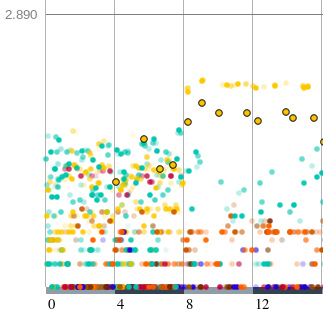 Large-scale scientific simulations require execution on parallel computing systems in order to yield useful results in a reasonable time frame. But parallel execution adds communication overhead. The impact that this overhead has on performance may be difficult to gauge, as parallel application behaviors are typically harder to understand than the sequential types. We introduce an animation-based interactive visualization technique for the analysis of
communication patterns occurring in parallel application execution … 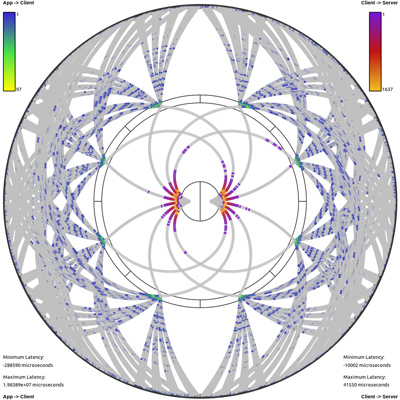 In Proceedings of IPDPS 2013
(Accepted for publication and presentation)
May, 2013

Parallel applications rely on I/O to load data, store end results, and protect partial results from being lost to system failure. Parallel I/O performance thus has a direct and significant
impact on application performance. Because supercomputer I/O
systems are large and complex, one cannot directly analyze their activity traces. While several visual or automated analysis tools for large-scale HPC log data exist, analysis research in the high-performance computing field is geared toward computation performance rather than I/O performance … 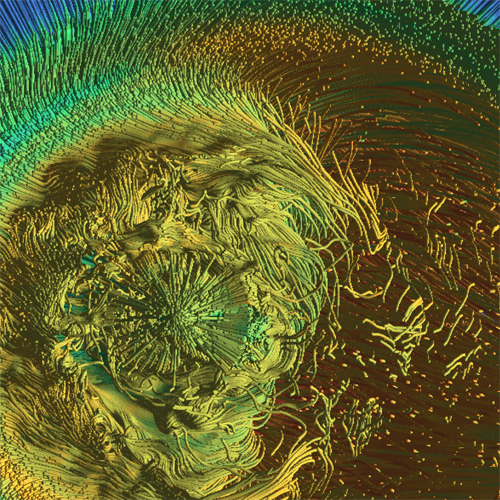 In-situ processing is considered to the most plausible data analysis and visualization solution for extreme-scale simulations. Explorable images were introduced as an in-situ visualization method, which enable interactive exploration of scalar-field data without need for access of the massive original data with a powerful computer. We present a technique for in-situ generation of explorable images for the visualization of vector field data without incurring additional inter-processor communication during simulation … 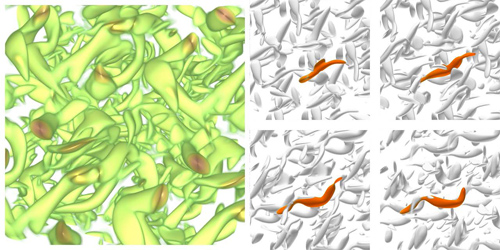 Large-scale time-varying volume data sets can take terabytes to petabytes of storage space to store and process. One promising approach is to process the data in parallel, and then extract and analyze only features of interest,
reducing required memory space by several orders of magnitude for following visualization tasks. However, extracting volume features in parallel is a non-trivial task as features might span over multiple processors, and local partial features are only visible within their own processors. … 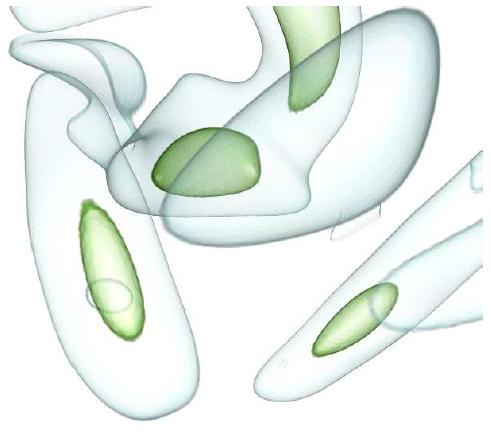 Abstract—Visualizing complex volume data usually renders selected parts of the volume semi-transparently to see inner structures of the volume or provide a context. This presents a challenge for volume rendering methods to produce images with unambiguous depth ordering perception. Existing methods use visual cues such as halos and shadows to enhance depth perception. Along with other limitations, these methods introduce redundant information and require additional overhead … 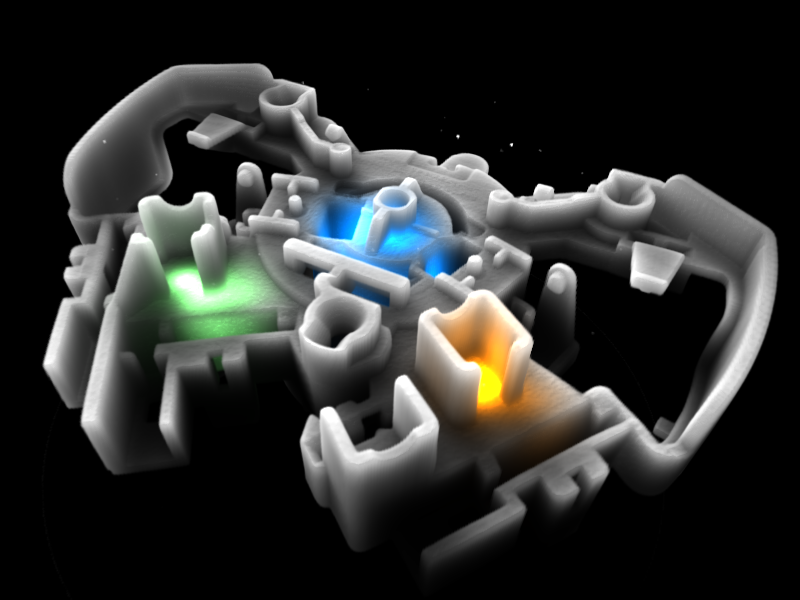 High quality global illumination can enhance the visual perception of depth cue and local thickness of volumetric data but it is seldom used in scientific visualization because of its high computational cost. This paper presents a novel grid-based illumination technique which is specially designed and optimized for volume visualization purpose. It supports common light sources and dynamic transfer function editing. Our method models light propagation, including both absorption and scattering, in a volume using a convection-diffusion equation that can be solved numerically … 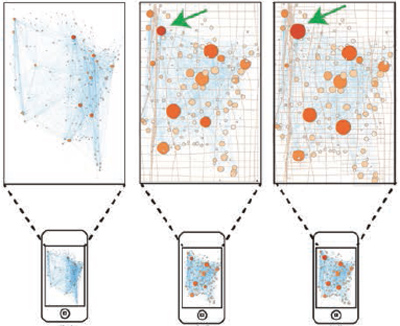 Visualization resizing is useful for many applications where users may use different display devices. General resizing techniques (e.g., uniform scaling) and image resizing techniques suffer from several drawbacks, as they do not consider the content of the visualizations. This work introduces ViSizer, a perception-based framework for automatically resizing a visualization to fit any display.We formulate an energy function based on a perception model (feature congestion), which aims to determine the optimal deformation for every local region … 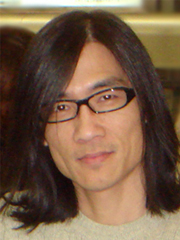