Vinod Narayanan is a Professor in the Department of Mechanical and Aerospace Engineering at UC Davis. He is also the Associate Director of the UC Davis Western Cooling Efficiency Center (http://wcec.ucdavis.edu/). Prior to joining UC Davis, he was a Professor and the Welty Faculty Fellow in the School of Mechanical Industrial and Manufacturing engineering at Oregon State University (OSU). Following the completion of his PhD from  Texas A&M University in 2001, he joined OSU as an Assistant Professor. His areas of interest include microscale flow and heat transfer, phase change heat transfer, energy efficiency, solar thermal energy utilization, flow and thermal diagnostics, and thermal management. Sponsors of his group’s current and past research include the National Science Foundation, National Aeronautical and Space Administration, Department of Energy, Office of Naval Research, Australian Research Council, Oregon Nanoscience and Microtechnologies Institute, Oregon Built Environment and Sustainable Technologies Center, and American Society for Engineering Education. He is the recipient of one of ASEE’s Air Force Research Laboratory Summer Faculty Fellowships in 2010, the NSF CAREER award in 2008, and the George Kunze prize from Texas A&M University in 2001. He is currently the Chair of the American Society of Mechanical Engineers’ K-13 committee on Heat Transfer in Multiphase Systems, and recently chaired the ASME 2015 International Conference on Nanochannels, Microchannels, and Minichannels (ICNMM). 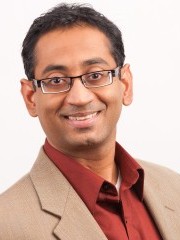