Erkin Şeker joined the Department of Electrical and Computer Engineering at UC Davis as an assistant professor in 2011 and is currently an associate professor and the graduate program chair. He received his PhD degree in Electrical Engineering from the University of Virginia (UVA) in 2007, where he developed techniques to control mechanical and morphological properties of nanoporous gold. During his postdoctoral appointment in the Department of Chemistry at UVA he investigated material-biomolecule interactions and developed microfluidic flow control schemes. Between 2009 and 2011, as a research associate at the Center for Engineering in Medicine at Harvard Medical School, he developed multiple electrode arrays for neural electrophysiology applications and spearheaded the development of microsystems for monitoring transcriptional and secretory dynamics at a cellular-level in the context of metabolic dysregulation. He is the recipient of Outstanding Research Award and Outstanding Graduate Teaching Assistant Award from the Department of Electrical Engineering at UVA, Fund for Medical Discovery Award from Massachusetts General Hospital, an UC Davis – Graduate Studies Distinguished Graduate and Postdoctoral Mentorship Award, a University of California Lab Fees Research Grant, a NSF CAREER Award, and a NIH NIBIB Trailblazer Award. He served as an Associate Scientific Advisor for Science Translational Medicine and was selected to participate in National Academy of Engineering’s Annual Frontiers of Engineering Education Symposium, as well as a BMES Cellular and Molecular Bioengineering Young Innovator. His current research interests include nanoporous metals, electrochemical biosensors, multifunctional neural interfaces, and microfluidic tissue chips. 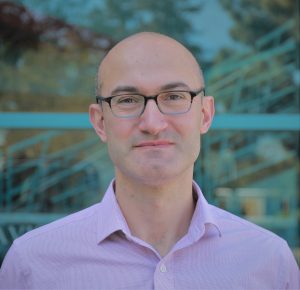