Dr. Daniel Sperling is Professor of Civil Engineering and Environmental Science and Policy, and founding Director of the Institute of Transportation Studies at the University of California, Davis (ITS-Davis). The Institute has over 150 faculty, staff and student researchers.

He has led ITS-Davis to international prominence by building strong partnerships with industry, government, and the environmental community, integrating interdisciplinary research and education programs, and connecting research with public outreach and education.

In June 2013, he was named a recipient of the Blue Planet Prize from the Asahi Glass Foundation. The prize has been described as the Nobel Prize for the environmental sciences. He was recognized for his unique ability to bring together the top thinkers and strategists in academia, government and industry to develop new vehicle- and fuels-policy approaches that are models for the world.

In February 2007, Governor Schwarzenegger appointed him to the “automotive engineering” seat on the California Air Resources Board. His appointment was confirmed by the California Senate in January 2008. His chief responsibilities are oversight and design of the state’s climate change, alternatives fuels, vehicle travel and land use, and zero emission vehicle programs. He also served as co-director of the California Low Carbon Fuel Standard study, requested in the Governor’s January 2007 Executive Order. In 2008 he was appointed chair of the “Future of Mobility” Council of the Davos World Economic Forum.

ITS-Davis won the 2006 Robert M. Zweig Public Education Award of the National Hydrogen Association, 2005 TRANNY award for Organization of the Year by the California Transportation Foundation, 1998 Employer of the Year Award of the Women’s Transportation Seminar of Sacramento, and was selected as a finalist for the 2003 World Technology Energy Award.

He is recognized as a leading international expert on transportation technology assessment, energy and environmental aspects of transportation, and transportation policy. He has testified 10 times to the US Congress and state legislatures, and provided keynote presentations and invited talks in recent years at international conferences in Asia, Europe, and North America. In the past 25 years, he has authored or co-authored over 200 technical papers and 11 books, including Two Billion Cars (Oxford University Press, 2009). He has made 500 professional presentations in his career, including many keynote talks in the past few years.

Sperling is an international expert on transportation technology, fuels and policy, with a focus on energy and environment. His research is directed at accelerating the global transition to cleaner, more efficient transportation and energy, and mitigating climate change. The award recognizes Sperling for his unique ability to bring together the top thinkers and strategists in academia, government and industry to develop new vehicle- and fuels-policy approaches that are models for the world.

He was lead author of the transportation chapter in the 2007 IPCC report, “Mitigation of Climate Change” (IPCC won the Nobel Peace Prize in 2008) and a member of 13 National Academies committees on Energy Efficiency, Gasoline Taxes, Hydrogen, Transport in China, Biomass Fuels R&D, Sustainable Transportation, and related topics. He was founding chair of standing committees for the U.S. Transportation Research Board on Alternative Transportation Fuels (1989-’96), and Sustainability and Transportation (2006-08). He is the founding organizer of the premier conference on transportation and energy policy, bringing together every two years since 1988 the leaders from industry, government, academia, and the environmental community. He serves on many advisory committees and advises senior executives of many automotive and energy companies, environmental groups, and national governments, including review committees at three DOE national laboratories. He is widely cited in leading newspapers, has been interviewed many times on NPR radio, including Science Friday, Talk of the Nation and Fresh Air, and in 2009 he was featured on The Daily Show with Jon Stewart. 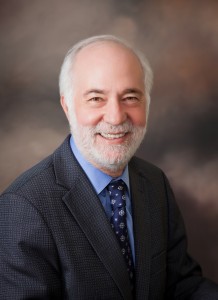