Shuguang Cui received his Ph.D in Electrical Engineering from Stanford University, California, USA, in 2005. Afterwards, he has been working as assistant, associate, and full professor in Electrical and Computer Engineering at the Univ. of Arizona and Texas A&M University. He is currently an Adjunct Professor in Electrical and Computer Engineering at the Univ. of California-Davis. His current research interests focus on data driven large-scale information analysis and system design, including distributed signal processing, large scale data analysis, data driven wireless system design, and cognitive network optimization. He was selected as the Thomson Reuters Highly Cited Researcher and listed in the Worlds’ Most Influential Scientific Minds by ScienceWatch in 2014. He was the recipient of the IEEE Signal Processing Society 2012 Best Paper Award. He has served as the general co-chair and TPC co-chairs for many IEEE conferences. He has also been serving as the area editor for IEEE Signal Processing Magazine, and associate editors for IEEE Transactions on Big Data, IEEE Transactions on Signal Processing, IEEE JSAC Series on Green Communications and Networking, and IEEE Transactions on Wireless Communications. He was the elected member for IEEE Signal Processing Society SPCOM Technical Committee (2009~2014) and the elected Chair for IEEE ComSoc Wireless Technical Committee (2017~2018). He is a member of the Steering Committee for both IEEE Transactions on Big Data and IEEE Transactions on Cognitive Communications and Networking. He is also a member of the IEEE ComSoc Emerging Technology Committee. He was elected as an IEEE Fellow in 2013 (within eight years after Ph.D, one of the quickest in IEEE history) and an IEEE ComSoc Distinguished Lecturer in 2014. 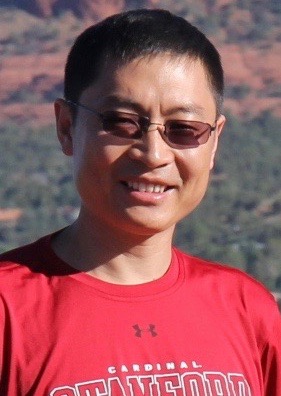