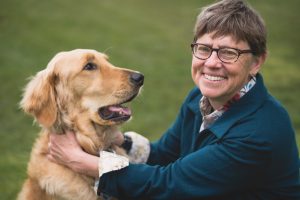 For two decades, Deb Niemeier, Professor in the Dept. of Civil and Engineering and Professor in the School of Education at UC Davis, has focused on integrating models for estimating mobile source emissions with transportation modeling. Her primary research interest has been on developing highly accurate, accessible processes and emissions modeling and travel behavior models that can be used in the public sector, including the identification and modeling of environmental health disparities and improved understanding of formal and informal governance processes in urban planning. She is interested in emergent properties or characteristics that give rise to inequitable outcomes, particularly those associated with climate change. This combination of basic and translational research has resulted in new ways to identify the spatial properties of mobile source emissions, new methods for developing vehicle emissions inventories, and improved regulatory guidance, including better identification of vulnerable populations. In 2014, she was named a Fellow of the American Association for the Advancement of Science (AAAS) for “distinguished contributions to energy and environmental science study and policy development.” In 2015, she was named a Guggenheim Fellow for foundational work on pro bono service in engineering. In 2017, she was elected to the National Academy of Engineering.

Her accomplishments include serving as the lead author for current federal guidance for PM (particulate matter) hotspot analysis for California, whose standards generally exceed federal standards. This guidance was based on translational work in vehicle emissions modeling and transportation project development conducted as part of the six year state and federally funded program, the UC Davis Air Quality Project (AQP), which resulted more than 50 reports aimed at improving public agency transportation-air quality modeling. Led by Prof. Niemeier, new ways to better estimate mobile source emissions inventories were developed and ushered into public sector practice through the AQP. This work was seminal in developing innovative and rigorous evaluation processes for public agencies charged with assessing the air quality effects of new transportation infrastructure and is used in some form by nearly all state transportation agencies.

Her research group’s efforts in synthesizing research on the return to background concentrations at roadside edge resulted in a revision of current thinking about minimum acceptable distances from roadway edges for sensitive populations. This work motivated a number of new studies around the world examining air pollutant concentrations at much greater distances than previously thought necessary. She was the lead author for the Transportation Chapter of the Southwest Climate Assessment conducted as part of the 2014 National Climate Assessment. She is currently working with collaborators in sociology and political science broadly examining the intersection of governance processes in regional planning and climate change outcomes, and better connecting urban planning processes with mitigation of environmental disparities.

Working with an interdisciplinary research group of graduate students, post-doctoral scholars, and faculty collaborators, she has published more than 160 journal articles and 9 book chapters. She has been the major advisor for 28 Ph.D. students, a number of whom now serve as university faculty at various institutions, including Cornell University, University of Illinois, University of New Mexico, McGill University and the University of Texas. Her teaching and research has been generously funded by the National Science Foundation, the California Air Resources Board, the Environmental Protection Agency, the Federal Highway Administration, and the California Department of Transportation. As part of a company she formed with 3 former students, she also works with legal advocacy groups and environmental law clinics on social and environmental justice issues associated with access to transportation and improving air quality.

She is the current and founding Director for the Sustainable Design Lab. She served three years as chair of the university budget committee. She chairs the Policy and Environment Cluster of NECTAR, the Network on European Communications and Transport Activities Research. She is a member of the American Association for the Advancement of Science, recently completing an elected four-year member-at-large term on the AAAS engineering section fellows nominating committee. She was recently elected as Engineering Section Chair (elect) for the AAAS. She recently completed service as a member of the National Academy of Engineering Board on Energy and Environmental Systems. She is on the science advisory board for Capital Public Radio, and wrote their blog on energy and the environment for four years. She is a member of the graduate faculty in the departments of Computer Science; Transportation, Technology, and Policy; Education, and Geography. She currently sits on the Executive Committee of the Graduate Geography Group.

Dr. Niemeier has served as chair of the UC Davis civil engineering department. She also served as the Director of the John Muir Institute and Associate Vice Chancellor in the Office of Research at UC Davis. The John Muir Institute is home to 150 faculty and staff conducting research at the interface of the environment and society. She has received a number of awards including the Guggenheim Fellowship, the Aldo Leopold Leadership Award, the Chancellor’s Fellow Award, an NSF CAREER award, and UC Davis Outstanding Faculty Mentor and Faculty Advisor awards. She has served as Editor-in-Chief for two journals: Sustainable Cities and Society and Transportation Research, Part A, the leading international journal focused on transportation policy and practice. She was the first woman in the journal’s history to serve in this position. She has served on the Mars Corp. Sustainability Council as well as numerous other sustainability-related boards. She received her B.S. in civil engineering from the University of Texas (1982), and her Ph.D. in civil engineering from the University of Washington (1994).