I have over 35 patents, 12 of which belong to UC Davis. These cover the subject of the Hybrid Electric Vehicle, both the conventional and the plug-In type and the mechanical Continuously Variable Transmission (CVT) for vehicles. These patents describe how to greatly improve performance, but at the same time, provide a large reduction in consumption of liquid fuel. The objective is to displace gasoline and liquid fuel in cars with electricity generated renewably. These patents are the cornerstone of technology that will allow us to transition seemlessly from a conventional fossil fuel dependent society to a renewable electric and biofuel society. In addition, the technology will allow the fossil fuel industry time for a transition to a renewable fuels industry. These patents were developed and demonstrated in vehicles in my research lab at UC Davis, making me the inventor of the modern Plug-In Hybrid Electric Vehicle or PHEV. My student teams over the last 40 years have been called Team Fate after the Professor in the 1960’s movie “The Great Race”.

In 2007, my patent portfolio at UC Davis was exclusively licensed to my new company Efficient Drivetrains Inc. (EDI). My objective at EDI is to commercialize the patent portfolio and pay some royalties back to the University. EDI continues to exploit the Electric Vehicle (EV), Hybrid (HEV), and Plug-in Hybrid (PHEV) and the Continuously Variable Transmission (CVT) arena for more advanced concepts that further improve efficiency and performance, including a wider range of vehicle applications from micro cars to the largest of trucks and buses. 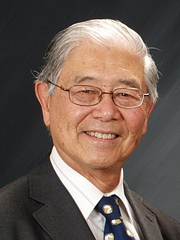