I am Assistant Professor in the Electrical and Computer Engineering Department of the University of California, Davis.

I was born in Ontur, a small town in Albacete, Spain. In 2006 I received the Telecommunications Engineer degree (with honors) from the Technical University of Cartagena (UPCT), Spain. Therein, I joined the Telecommunication and Electromagnetic group (GEAT), UPCT, as a research assistant. During the development of my PhD. I held visiting research positions at the ETA group of Poly-grames, École Polytechnique de Montréal (Canada, 1 year) and at the Fraunhofer Institute for High Frequency Physics and Radar Techniques (Germany, 6 months). I received my PhD. on Electrical Engineering in 2011. In the academic course 2010-2011, I worked as an assistant professor at UPCT. From October 2011 until March 2014 I was a postdoctoral fellow at the École Polytechnque Fédéral de Lausanne (EPFL, Switzerland). Then, from May 2014 to August 2016, I continued my postdoctoral work in the Metamaterials and Plasmonic Research Laboratory of The University of Texas at Austin. My main research interests include multidisciplinary areas of electromagnetic wave propagation and radiation, metamaterials and metasurfaces, plasmonics, novel 2D materials, antennas, non-linear phenomena, and other emerging topics on applied electromagnetics and nanotechnology.

I was the recipient of a NSF CAREER Award, the 2017 Leopold B. Felsen Award for Excellence in Electrodynamics given by the European Association of Antennas and Propagation, the Raj Mittra Award presented by the 2015 IEEE Antennas and Propagation Society, the Young Scientist Award of the 2015 URSI Atlantic RadioScience Conference, a FP7 Marie Curie Fellowship from the European Commision in 2012, the Colegio Oficial de Ingenieros de Telecomunicación (COIT/AEIT) award to the best Spanish Phd. thesis (national level) in basic information and communication technologies in 2011, and the best Ph.D. thesis award from the Technical University of Cartagena. I serve as a reviewer for many journals on antennas, microwaves/THz and physics. 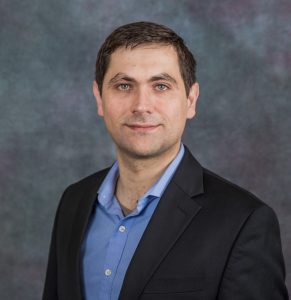