John Harvey is a Professor of Civil Engineering at the University of California, Davis. He is chair of the Transportation Technology and Policy graduate group. He is Director of the University of California Pavement Research Center (UCPRC), which has an ongoing Caltrans Division of Research and Innovation (DRI) sponsored project (Partnered Pavement Research Center [PPRC]) for research and development of a wide range of pavement technology. This program is a joint effort of Caltrans, UC Davis, UC Berkeley, Dynatest Consulting, CSIR (South Africa), and other universities and organizations. He was co-Principal Investigator and project manager for the Caltrans Accelerated Pavement Testing Program (CAL/APT) which began in 1994 and ended in 2000. During the CAL/APT project he directed the expansion of CAL/APT to meet Caltrans pavement needs for concrete pavement HVS testing and laboratory testing and analysis, and the development of mechanistic-empirical design methods. He initiated the investigation of construction productivity for concrete and asphalt concrete long-life pavement strategies using construction management methods, and the interaction of construction productivity and traffic in urban networks around large construction projects, and has remained closely involved with this research area with his colleagues at the PPRC and Caltrans.

He teaches concrete and flexible pavement design and rehabilitation, asphalt concrete materials and project management at UC Davis. He has been with UCD since 2002, and prior to that worked at UC Berkeley for 13 years and for a consultant for four years in Nigeria and Texas. He worked in a District 3 Construction office in Sacramento in 1983. He is a registered professional engineer in California.

2008 Certificate of Appreciation. From  Director of California Department of Transportation for Rapid Rehab software development and International Road Foundation award 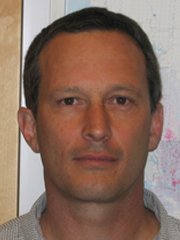