He has authored and co-authored more than 250 scientific papers, organized 30 international conferences and symposiums as a chair/co-chair sponsored by MRS, SPIE and IEEE; and holds 42 US and international patents as an inventor/co-inventor. He received NSF Faculty Early Career Award, Outstanding Junior Faculty Award and Mid-Career Research Faculty Award, IEEE Professor of the Year and University of California – Davis Academic Senate Distinguished Teaching Award- the highest teaching honor the University of California-Davis bestows on its faculties. He co-founded two start-up companies based on his inventions.  Dr. Islam has been serving as an Associate Editor for IEEE Photonics Journal, IEEE Transaction on Nanotechnology and IEEE Access. He is an elected fellow of the Institute of Electrical and Electronics Engineers (IEEE), American Association for the Advancement of Science (AAAS), Optical Society of America (OSA), International Society for Optics and Photonics (SPIE) and the National Academy of Inventors (NAI).   Link to CV 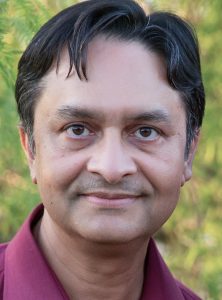