How do we educate a generation to design and innovate for sustainability & equity?

I believe the best way to motivate students is to engage them in real, meaningful work. Thus, in an effort to expand problem-oriented, client-focused learning for UC Davis students interested in climate neutrality, energy, and international development, I have created and/or taught the following hands-on courses, which are often a catalyst for student growth in hands-on skills and knowledge:

D-Lab I and D-Lab II are courses which focus on the feasibility, design, evaluation, and dissemination of energy and agriculture solutions in developing counties.  In 2013, D-Lab projects were made available to the EBS capstone students, with 1 team enrolling in EBS 170 A, B, & C plus D-Lab I & D-Lab II. The students spent the year working with our Ugandan partner to successfully develop and deploy a mobile irrigation system for hire. This effort has been expanded for 2014/2015 with two EBS 170 groups taking on D-Lab projects, one designing a bee pollen dryer for a client in Columbia, and the other a dam-free turbine for a client in Zambia. In 2014, D-Lab I was approved as an EBS graduate course and is awaiting a course number.

I collaborated with the Mars Corporation and the UC Davis World Food Center to launch a 2-unit fall graduate seminar, D-Lab Food and Health, which exposes students to community issues around energy, agriculture, and nutrition. Each class period includes a guest speaker and a participatory activity, introducing a new design-for-development tool. The class, offered in fall 2016 for the first time, has attracted students from a wide array of disciplines.

The Path to Zero Net Energy is the curricular part of the ZNE Initiative and is in response to student requests for more hands-on experience with energy efficiency and renewable energy integration. In 2016 five student groups worked with UC Davis FM-ECO and Office of Environmental Stewardship and Sustainability as clients on projects including the phasing and financing of implementing a hot water district heating system, modelling solar thermal on campus roofs,  and the previously mentioned Sacramento Medical Center emissions study.

As part of my role as Faculty Climate Champion, I worked with the physics department to design a new course, Pathways to Climate Neutrality, using the methodology and approach from the Path to Zero Net Energy course as a template. This course will be offered by the Physics department in fall 2016 and is open to graduate and undergraduate students of all disciplines.

The US/Denmark Summer Renewable Energy Course was established in 2008 and has more recently been supported by the National Science Foundation Partnership for International Research and Education grant.  The course brings U.S. and Danish students together to study in California and Denmark. I worked with faculty from UC Davis, UC Santa Cruz, Aalborg University, and Danish Technical University as a course planner and instructor from 2011-2016.

SAS 121 Global Poverty Critical Thinking and Taking Action is an undergraduate course, which gives students the critical thinking skills to evaluate the cause and potential solution to poor communities in the areas of energy, agriculture, and health.

In 2015 I was awarded a first year seminar grant to create FRS 004, Global Poverty: Think Big Start Small, an undergraduate grant-writing course, which connects students with a partner organization in a developing country. Eight of the twelve students enrolled received grants to travel abroad and work with their partner in the summer of 2016.

D-Lab and the Feed the Future Innovation Lab, have launched satellite D-Lab courses in two major agricultural Universities, Zamorano in Honduras and Kasetsart in Thailand. The Zamorano D-Lab now has a dedicated instructor and is offered for four sessions serving approximately 60 students per year. In 2016 I have been invited as the keynote speaker for the Latin American Congress for Interdisciplinary Learning with the intention of launching four new D-Lab style courses at the Republic University of Uruguay.

As a member of the USAID-funded International Development Innovation Network, PIET works with a consortium of universities to support a network of innovators producing technology targeted at poverty alleviation. In 2016, we coordinated with partners in Brazil to organize a two-week permaculture summit with 80 designers, practitioners, and educators from all over the world. In 2017, we will play a lead-organizing role in summits in Guatemala and Colombia. 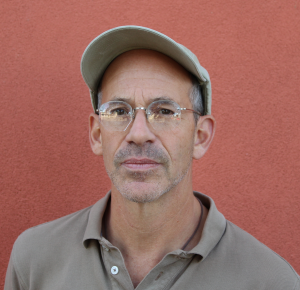