Bertram Ludäscher is a Professor of Computer Science at the Department of Computer Science and the Genome Center at the University of California, Davis. Prior to joining UC Davis, he worked at the San Diego Supercomputer Center at UC San Diego where until 2004 he was an Associate Research Scientist, leading the Knowledge-Based Information Systems lab. 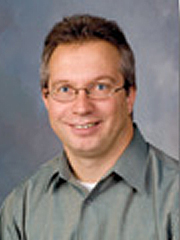