Electron collisions with molecules and molecular ions that lead to dissociation play a key role in a number of environments, since they produce the radicals and molecular fragments that initiate and drive the relevant chemistries. Examples of such systems can be found in biology as well as in chemistry and physics; they range from the technologically important plasmas used in plasma enhanced chemical vapor deposition, to planetary atmospheres and interstellar clouds to environmental chemistries driven by secondary electron cascades in mixed radioactive was. Since the mass of the electron is some three orders of it is a general prediction that in electron-molecule or electron-molecular ion collisions, there is little vibrational energy transfer or dissociation.

However, there is an important exception to this rule, namely, systems where there is an intimate coupling between the electron results of such an interaction can be quite dramatic. In these cases, the electron can temporarily attach to the molecule and change the forces felt between its atoms for a period of time comparable to a vibrational period. This can lead to resonant vibrational excitation and dissociative attachment, for neutral targets, or dissociative recombination in the case of ions. For example, recent experiments by Sanche have shown that low-energy electrons can cause double strand breaks in DNA and damage isolated DNA base pairs. These experiments seem to indicate that dissociative electron attachment, either to water molecules near the DNA producing radicals that attack the DNA, or direct attachment to the DNA itself, play a key role in DNA damage by ionizing radiation. In another recent experimental study, LaVerne and Pimblott have proposed that dissociative recombination of low-energy electrons to the water ion may be important in radiolysis.

A knowledge of the cross sections and branching ratios for such resonant electron collision processes is crucial in modeling plasmas. Unfortunately, most theoretical studies have been limited to diatomic targets, or have been approximated by one-dimensional models that are inappropriate for polyatomic systems.

In most cases the resonance parameters used for these systems have been approximated, or based on semi-empirical analysis. Our research centers on the use of modern ab initio techniques, both for the electron scattering and the subsequent nuclear dynamics. We are interested in vibrational excitation, dissociative attachment, and dissociative recombination problems in which a full multi-dimensional treatment of the nuclear dynamics is essential and where non-adiabatic effects are expected to be important.

In our work we use wave packet methods, that is, numerical solutions of the time dependent Schrodinger equation, to treat the molecular dynamics and the Complex Kohn Variational method to handle the electron scattering. 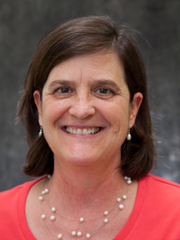