Anh-Vu Pham received the B.E.E. (Hons.), M.S., and Ph.D. degrees in electrical engineering from the Georgia Institute of Technology, Atlanta, GA, USA, in 1995, 1997, and 1999, respectively.  He joined the University of California at Davis, Davis, CA, USA, in 2002, as an Assistant Professor and was promoted to Full Professor in 2008. From 1999 to 2002, he was an Assistant Professor with Clemson University, Clemson, SC, USA. He is currently a Co-Director of the Davis Millimeter Wave Research Center, University of California at Davis. He is conducting research in RF to THz hybrid and integrated circuits, especially power amplifiers, antennas, radar and sensors, and energy harvesting systems. His research has been supported by the Defense Advanced Research Projects Agency (DARPA), the National Science Foundation, the Office of Naval Research, the Air Force Research Laboratory, the Lawrence Livermore National Laboratory, and numerous companies. He has published nearly 200 peer-reviewed articles, several book chapters, and two books and has graduated 21 Ph.D. students. In 1997, he cofounded RF Solutions, Atlanta, GA, USA, a fabless semiconductor company providing power amplifiers and RFICs for Wi-Fi applications. In 2003, RF Solutions was acquired by Anadigics, Warren, NJ, USA. In 2008, he cofounded Planarmag, Inc., West Sacramento, CA, USA, and served as the CTO. In 2010, Planarmag, Inc., was acquired by TE Connectivity, Schaffhausen, Switzerland.

Anh-Vu received the National Science Foundation CAREER Award in 2001 and the Outstanding Young Engineer Award from the IEEE Microwave Theory and Techniques Society in 2008. He has served as the Co-Chair of the Technical Program Committee of the 2016 IEEE International Microwave Symposium in San Francisco, and the Technical Program Committee of the 2017 IEEE Asia Pacific Microwave Conference, in Malaysia, an IEEE MTT-S Distinguished Microwave Lecturer from 2010 to 2012, and a Member/Chair of the International Microwave Symposium Technical Program Review Committee on Power Amplifiers. He has served as a Guest Editor of the IEEE TRANSACTIONS ON MICROWAVE THEORY AND TECHNIQUES Special Issues on Broadband Millimeter-Wave Power Amplifiers in 2020 and the Asia-Pacific Microwave Conference in 2017. 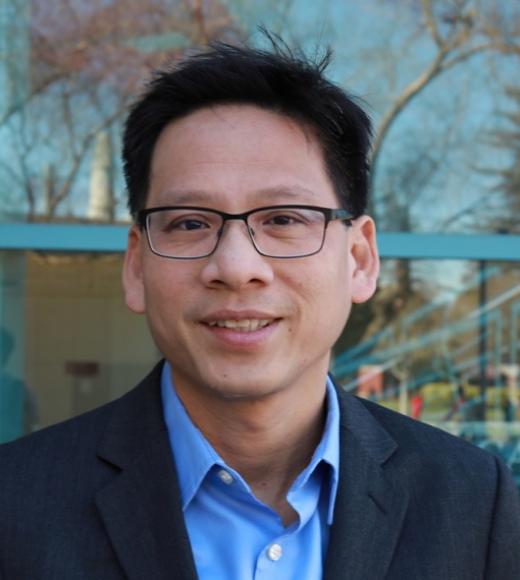