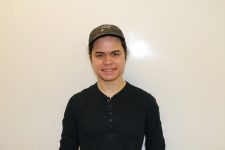 Brad Harris is an MSEE student whose research is in low power analog IC design, specifically using MEMs relays and low power circuits as wake up sensors. After graduation he will be pursuing a career in low power design. When Brad isn’t on campus he is hiking, learning new languages or enjoying comic books. 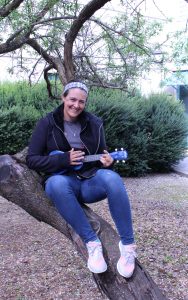 Taylor Vincent received her Bachelor’s degree in Physics at UC Berkeley prior to attending graduate school at UC Davis. As an undergraduate researcher at the Berkeley Wireless Research Center (BWRC) she was able to help publish a paper titled “Joint impact of random variations and RTN on dynamic writeability in 28nm bulk and FDSOI SRAM” at the 2014 Solid State Device Research Conference. Also as an undergrad she interned for a fiber optics company in San Jose called GigOptix where she designed an E-Band Power Amplifier biasing board that has been in production since 2015. As a graduate student at UC Davis, Taylor shifted her focus to energy harvesting, and in particular vibrational energy harvesting. During her three summers before graduation she was able to intern three times for Intel. Two of those summers she was up in Portland working at Intel Labs in Wireless Communications Research, and was even able to get her name on two patents for Intel for her work. Her third internship took her to Boston to work at Intel’s Massachusetts Microprocessor Design Center (MMDC) where she worked on coverage test conversions on the next generation Intel Microprocessor. After completing her thesis, she accepted a job to work for Intel as a High Volume Manufacturing Testing Development Engineer. In her free time she enjoys running, biking, uking, and being a complete goofball.

Thesis Title: Characterizing Energy Harvesting Opportunities from Ambient Vibrations in an Office Building and from Pumps 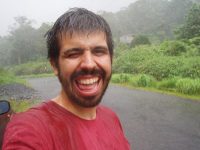 Scott Block is a native West Texan who received his B.S. in Mechanical Engineering from the University of Illinois at Urbana-Champaign in 2006, his M.S. in Electrical Engineering from Texas Tech in 2010, and his Ph.D. from UC Davis in 2017. He is an avid outdoorsman who loves to climb, travel, and try new foods.

Erin Fong obtained her B.S. in 2007, M.S. in 2012, and Ph.D. in 2014 in Electrical Engineering from UC Davis. Her interests include energy scavenging, mixed signal circuits, and biomedical applications.

Stanley Hsu graduated from the University of California, Los Angeles in 2006 with a B.S. in Computer Engineering. From January to September of 2007, he worked for Cisco in Milpitas designing high speed router systems. He received his Ph.D in 2014 with a focus on low power and energy efficient mixed-signal circuit design.

Cevin Freed obtained his master’s degree in electrical engineering. His research interests include dielectric impedance spectroscopy with applications to fermentation, especially of wine.

Khadar Shaik graduated from UC Davis in 2008 with a B.S. in Electrical Engineering. In 2014, he received his Ph.D. from UC Davis in the area of low power signal processing for digital correction and calibration of ultra low-voltage time-interleaved ADCs.

Nicholas Shrake received the B.S. degree and M.S. degree in electrical engineering from UC Davis, in 2010 and 2014, respectively. His researched focused on in-line colorimeters for wine fermentation. He currently works at Nanosatisfi in San Francisco, CA.

Kameron Zhao graduated from UC Davis in 2012 with a BS in electrical engineering. He received his MS degree in 2013. His research interests include analog circuits, sensor interfaces and power electronics. He currently works for Texas Instruments, Santa Clara, CA.

Travis Kleeburg received his B.S. degree with high honors in electrical engineering from UC Davis in June 2006. He stayed at Davis to pursue his research interests and received his M.S. degree in 2010 and Ph.D. degree in 2012. His research interests include high efficiency A/D circuit design, free space optical communications and system designs which incorporate energy harvesting transducers. Past works include the development of an automated testing environment for A/D converters and integrated PV cell measurements in 0.35um and 90nm technologies. His research projects included a calibration scheme that minimizes the effects of variation accentuated by low supply voltages and an optically powered subdermal bio-sensor. He currently works for Intel in Folsom, CA.

Mackenzie Scott graduated from UC Davis in 2004 with a B.S. in electrical and computer engineering with honors. He received his master’s degree in ECE in 2010 and the doctorate in 2011, where his research interests spanned all stages and aspects of low power digital and computer system design. He currently works for Intel in Folsom, CA.

Matthew Dayton graduated from Imperial College London in 2009 with a B.S. in Electronic and Electrical Engineering. During his tenure, he co-founded a student led initiative called e.quinox to bring renewable energy technologies to the developing world. He received an M.S. in Electrical Engineering at UC Davis in 2011. His research interests include energy harvesting methods, their associated circuitry, and autonomous sensors. Matthew is a member of the IET and IEEE. Since 2011, he has worked as an electrical hardware and controls engineer at Lawrence Livermore National Laboratory, Livermore, CA.

Hai Pham graduated from UC Davis in 2007 with a B.S. in electrical engineering. He interned at Cisco in the summer of 2009 till the end of fall 2009. He obtained a Master’s Degree in Electrical and Computer Engineering department at UC Davis in 2011. His research focused on low power microelectronics and energy harvesting devices. He is a member of IEEE and Phi Theta Kappa. Hai currently works at SPAWAR in San Diego, CA.

Richard Zhang graduated from UC San Diego in 2007 and received his M.S. in electrical engineering from UC Davis in 2010. His research interests are in analog IC design. He currently works at Maxim Integrated Products. 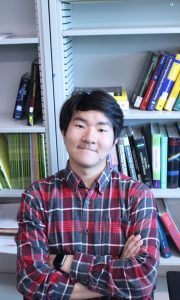 Sean Huang received his B.S. in electrical engineering in 2017 from UC Davis, where he performed research in integrated circuits and communications systems. In 2016, he worked as a summer intern for Picosense on a data collection system. He is currently pursuing his Ph.D with a focus on integrated circuits for communications at UC Berkeley. When Sean isn’t on campus, he is cooking with interesting ingredients or catching up on much needed sleep. 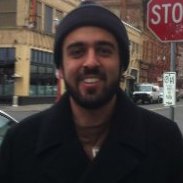 Ashkan Eghtesadi received his BS in electrical engineering in 2011. He is currently pursuing his doctorate at Stanford University.

Brian Zimmer was an undergraduate Electrical Engineering major at UC Davis and graduated in June 2010. He runs a web development company during the summer and studied abroad in Singapore for a semester in Fall 2008. He is currently pursuing his doctorate at UC Berkeley.

Michael Siegenthaler received his B.S. in electrical engineering in June 2006. He developed Verilog code for mixed signal simulations for his undergraduate research project.