A team-based senior capstone design project class, the Electronic Design Project course engages teams of 3-4 students in specifying and designing an electronic product for a consumer, medical, or industrial application. Student designs are based around microcontrollers and teams integrate sensors, actuators, analog integrated circuits, power electronics, and a wireless interface to accomplish specific tasks like safety lighting for a bicycle. Recent projects also include interfacing the design to smartphones and creating apps that support a graphical user interface. 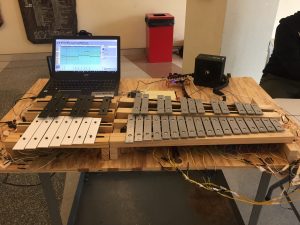 Combining traditional instruments with electronics creates new ways of making music. The voice-activated electronic glockenspiel developed for Picnic Day 2017 uses electromechanical relays to strike the keys that generate the musical tones. The team designed the driver circuits for the relays and controlled them through MIDI interface software running on a laptop. The voice-activation software also ran on the laptop. A brief video of the glockenspiel in action is here. 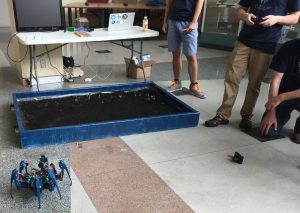 Feeding a hungry planet with less inputs of water, fertilizer, and manual labor is an important challenge for society. Robots can help support planting, growing, and harvesting of crops. The Gardroid project created an open-source design for a six-legged robot that can be directed using a video game controller to plant seeds. 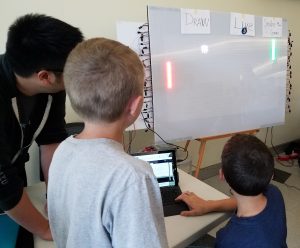 Advances in solid-state lighting continue to decrease the cost of light-emitting diodes (LEDs), to the point where it is now possible to create large displays using LED strips at low cost such as the LED Mirror. Using a microcontroller to program the LEDs and interfacing to a laptop with a built-in camera, the LED Mirror can operate as a drawing tablet, video game machine, and computer monitor, in addition to acting like a funhouse mirror that can change the color of the image it reflects. 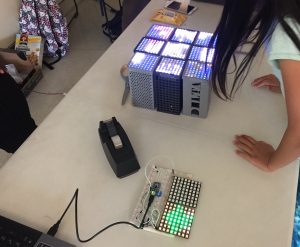 Sliding block puzzles, where the object is to rearrange different blocks bound by a box to form a picture, have been known for decades. The electronic version increases the challenge by using moving images shown on small LED displays. A player needs good timing as well as good spatial reasoning to solve this difficult puzzle. 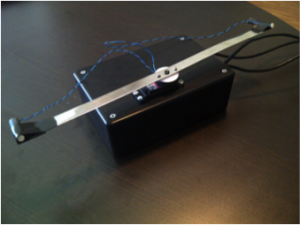 Two-element microphone array used to locate the position of a person clapping, part of the Spring 2014 final project in EEC 10.

Hands-on and project-based learning have long been shown to be effective ways of teaching engineering. EEC 10 is an interactive introduction to fundamental concepts of electrical and computer engineering. Students learn by implementing electronic systems, which can be digitally controlled and interrogated, using a programmable microcontroller and constructing their own analog hardware.

Past projects involved each student constructing their own two-element microphone array coupled through a microcontroller to a servomotor, which would then orient the microphone array toward the source of an incoming sound (hands clapping, in this case). More recently, the stereo microphone system is used to by a small robot to navigate toward a sound source.

Engineering Problem Solving teaches lower-division engineering students how to approach solving problems using a consistent methodology and how to write software to implement the solutions. Homework, lab exercises, and individual and team-based design projects are completed using the MATLAB programming language and development environment. In 2012, ENG 6 was updated to include hardware lab projects and a focus on sustainability.

Prof. Amirtharajah is a co-author with Prof. Andre Knoesen of the online interactive textbook Programming in MATLAB, published by ZyBooks, used in current offerings of ENG 6.

The IC design project class is a team-based senior capstone design course where groups of 3-4 students create a specification for a mixed-signal standalone IC or IP block and then implement it, from schematic capture and/or hardware description language to a final physical design. Design and verification is performed using industry standard CAD tools provided by the Cadence University Program. Our CAD infrastructure supports both full-custom and synthesis, place, and route design flows and students are required to partition their designs using their engineering judgment. In 2014, student projects included a virtual currency transaction processor and a single-chip home thermostat controller module with powerline LAN and wireless interfaces.

Past year’s final project requirements can be found here.

EEC 180A is an introduction to combinational logic, sequential logic, computer arithmetic, and digital systems design with a strong laboratory component.

ENG 100 is an introduction to analog and digital circuits and systems design through a series of hands-on laboratory exercises. It is primarily taken by upper-division students in the other engineering majors. 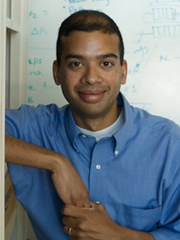