Slaughter is a considered a worldwide leading expert in the development of nondestructive and noninvasive sensing systems for determining the quality and identity of agricultural commodities, and he has made tremendous contributions toward the development of automation technologies for precision, on-farm, individualized plant care. Moreover, he has spent much of his career improving the long-term sustainability of U.S. specialty crop production by developing smart agricultural machines that can simultaneously reduce the drudgery of menial labor associated with fruit and vegetable production and the need for and negative environmental impact of pesticides. He was a pioneer in the development of one of the first robotic fruit-harvesting systems. He developed and patented one of the first machine-vision-based automatic guidance systems for precision inter-row weed control and for automated spray bandwidth control in row crops. He has developed several novel technologies for automated, pesticide-free, intra-row weed control in specialty crops, and has developed and demonstrated a robust on-farm system for plant species determination in tomato and lettuce.

Fellow of the American Society of Agricultural and Biological Engineers. 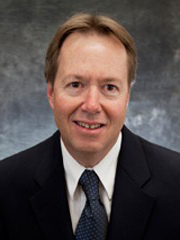