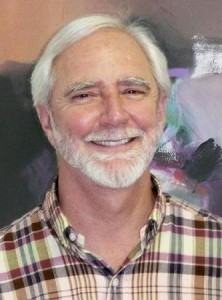 Dr. William A. Gardner (PhD EE, MS EE) was in the profession of signal processing research and development for communications and reconnaissance from 1972 to 2011. He is Professor Emeritus, University of California, Davis, and has authored three books, Introduction to Random Processes with Applications to Signals and Systems, Macmillan, 1985 (second edition, McGraw-Hill, 1989), Statistical Spectral Analysis: A Nonprobabilistic Theory, Prentice-Hall 1987, and The Random Processes Tutor: A Comprehensive Solutions Manual for Independent Study, McGraw-Hill, 1989 (Re-release, 2014—see Publications herein). He is the editor of Cyclostationarity in Communications and Signal Processing, IEEE Press, 1994, and he is the author or co-author of chapters in four books. He holds thirteen patents, is the author of over 100 peer-reviewed research papers, and has given many invited lectures at university and industrial research laboratories. Dr. Gardner has been principal investigator for over fifty research awards totaling nearly $25 million between 1980 and 2010 from industry and from numerous federal research offices.

More recently, Dr. Gardner’s research interests have shifted to astrophysics in the Electric Universe paradigm, which is replacing the so called “Big Bang” or “Expanding-Universe” theory from the previous century because it has been discredited due to its fundamental inconsistencies with the unusually revealing data that has recently become available from deep space probes and extremely powerful telescopes. His research is focused on developing mathematical models for electrical currents of astronomical magnitude and intergalactic distances traveled in the cosmos. He is also pursuing application of his most recent work in statistical signal processing, namely blind-adaptive aperture synthesis, to radio astronomy. His interests in education also have shifted to supporting public outreach programs to raise awareness of the Electric Universe paradigm and the pervasive impact on cosmology that it will have, and the associated scientific revolution coming this century.