The written word is my preferred mode of communication of ideas to others. Two things I have always placed high value on in my writing are–

I’ve always tried to bridge the gap between mathematicians, too many of whom seem not 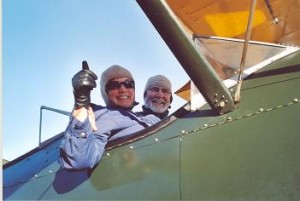 to understand the essence of real-world problems to which mathematics can be applied, and engineers, too many of whom seem not to understand very well the mathematical models and methods they attempt to use to solve their real-world problems. This continuing effort has often put me in the middle between two largely non-communicating groups, often being misunderstood by both; that is, not succeeding at communicating well with either group. Fortunately, I have had enough success over the long run to have gathered the support of enough reputable professionals to obtain some degree of satisfaction that the effort has been worthwhile.

Two examples of this effort are the books Random Processes and Spectral Analysis in which I tried to do something substantial about the fundamentally important duality between the stochastic expectation operation and the time-average expectation operation that, with extremely few exceptions, has simply not been written about or taught since the middle of the last century when stochastic process began being adopted as what was then considered to be the preferred approach. This duality has, therefore, not been understood by the great majority of those who would benefit, which I estimate to be the great majority of practicing engineers ans scientists. Furthermore, a solid understanding of time-average expectation seems to be a prerequisite for learning and effectively using the newer subject of cyclostationary signal processing theory and method, which is based on the novel sine-waves-extraction operation.

A more recent example is a monograph or small book I am prepared to write on the novel concept of generalized (4-dimensional) antenna patterns which graphically depict antenna gain vs. radiating-source position for sources in the near and very-near fields of antenna arrays, rather than just source direction for sources in the far field. This tool is useful for studying passive synthetic aperture theory and method, including statistically optimum aperture synthesis and probabilistic performance metrics, such as posterior probability density functions for source location and percent-containment regions. The theory I have developed provides a more mathematically sound framework for developing and understanding the statistical signal processing techniques of radio-frequency astronomy such as VLBI (Very-Long-Baseline Interferometry), and satellite-based radio-frequency surveillance of Earth’s surface and atmosphere.

Upon reflection on four decades of dedication to the professional objectives described above, and with a growing interest in the revolution in astrophysics that is gaining significant momentum in this still young 21st century, I have realized the universality of the nature of the challenge I had been focusing on only within the field of statistical signal processing. This challenge, succinctly described in the section “Research Activities” in the category “Research Interests”  and also in the section “Biographical Sketch” in the category “Biography”, both herein, has motivated my present path forward:

Promote better recognition of the challenge science faces—the human condition—with the hope that our human shortcomings can be more effectively compensated for in the practice of science.

The philosophically minded reader will have noticed that a worthy path forward for all of humanity is described by replacing the word “science” in two places in the above path description with the word “living”.

The latest result of these objectives is the educational website www.cyclostationarity.com initiated in 2018. As of 2020, this website continues to expand.