Project Summary: Colloid filtration theory (CFT), which has been widely applied to characterize the transport and deposition behavior of both inorganic and microbial colloids in the natural subsurface, is based in part on a pore-scale analysis of colloid transport in Happel’s sphere-in-cell porous media model. The classical CFT analysis assumes that Brownian motion may be treated independently of the other transport mechanisms, and that colloid entry and exit from near-surface domains is a Poisson process. Recent studies have indicated these assumptions are erroneous.  To fix this, we use a fully Lagrangian methodology (2, 6, 8) for treating all classical CFT transport mechanisms simultaneously. In one of our studies (Nelson & Ginn, 2011), numerous simulations were conducted over the relevant ranges of parameter values to provide a basis for a new equation predicting the collector efficiency (rate of contact with porous media surfaces) from the various input parameters. Differences with the classical equation (as well as a more recent one based on a fully Eulerian analysis) are explained in the Lagrangian simulation. 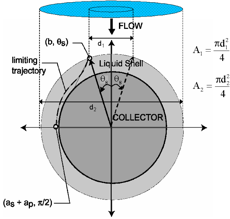 Another challenge is to understand what mechanisms cause long residence times of colloids in porous media under conditions that are unfavorable for colloid attachment (i.e., permanent filtration).   We hypothesize that these long near-surface residence times result from incomplete mixing of colloids across the fluid domain, necessitating memory function/multirate or correlated random walk approaches to upscaling. We continue to study colloid fate and transport in lab conditions and with quantitative testing of hypotheses by modeling forthcoming data.

Important papers on the topic: 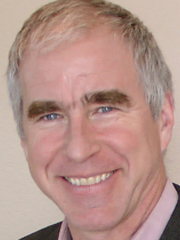